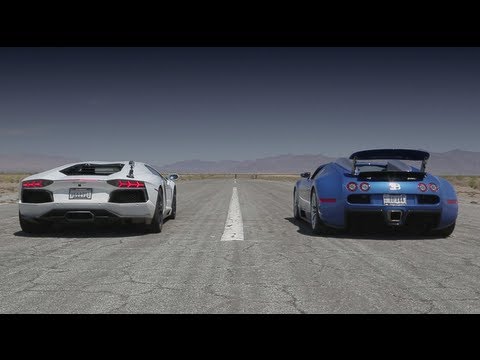 I’ve read that multi-billionaire Warren Buffet used to drive a 2001 Lincoln Town Car and Facebook founder Mark Zuckerberg drives an Acura TSX.  Both nice comfortable cars, but why hasn’t someone taken them for a test drive in something fun, for example one of the obscenely fast and expensive supercars in this video?  Between the English built McLaren, the Italian Bugatti and Lamborghini, and the Japanese Lexus, you’d think at least one of these cars would find a home in their respective garages.  Seriously, these guys could learn a thing or two from Oracle founder Larry Ellison (who owns an entire collection of exotic vehicles including an LFA).

Let’s be honest, if you had billions of dollars isn’t this how you’d spend every weekend?  Or every waking moment?  I’m not here to judge.